“An imbalance between rich and poor is the oldest and most fatal ailment of all republics.”   — Plutarch, Greek historian 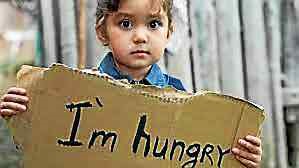 About Presidential Wizards, Magic Economic Wands, and People In Need!

USA presidents of both parties have regularly campaigned and taken credit when the economy is doing well. Citizens have been told by political operatives that when the United States experiences economy growth, it is the direct result of the brilliant strategies and policies of the chief executive in the White House. Likewise, when the economy tanks, presidents have been faulted, and some have then been voted out.

Presidents do not make or break our complex economy. The White House certainly plays a part as does Congress (which has more influence than the President) and the Federal Reserve, but that government influence is still not the only player in the U.S. economy.

Supply and demand worldwide, private sector strategies and policies, and inflation and business/trade cycles affect the economy. Global activities outside the USA also impact our economy, and the successes or failures of multinational companies that rely on overseas markets can also drive the economy one way or the other.  Climate can also be a factor for the economy when it destroys agricultural production or creates major disasters. And then there is timing—sometimes a policy or action from many years before is what is really pushing the economy up or down in the present rather than who is currently sitting in the White House.

Beyond the president, when the economy grows or declines, there have usually been complicated interactions of internal and external factors/circumstances way beyond the reach of the White House. Like rainwater pouring down on a roof from many sides, the economy responds to this storm and creates its own complicated pathways which can lead to cycles of upturn and downturn.

Sadly, no matter which party is doing the political boasting when the USA economy is doing well, what is lost is the question of “for whom.” Income inequality has been and continues to be a major problem facing the USA but basically remains ignored by politicians.

Millions of families across the USA now have very difficult financial situations. A report from the Federal Reserve notes that the poorest Americans are literally getting crushed by this weight of rising inequalities.

And according to the US Census Bureau, the gap between the richest and the poorest U.S. households is now the largest it’s been in the past 50 years. The most troubling thing about this new data, says William M. Rodgers III, a professor of public policy and chief economist at the Heldrich Center at Rutgers University, is that it “clearly illustrates the inability of the current economic expansion, the longest on record, to lessen inequality.”

For the record, only about 52% of USA citizens own stocks. And the richest Americans among those stockholders hold a huge amount of that value. In fact, the top 1 percent of USA households by wealth now own about 38 percent of all stock shares according to research by NYU economist Edward Wolff. In recent years, the most significant increases in wealth have been made by the richest Americans.

Meanwhile, poverty in America continues to be our closeted disgrace. Approximately 13.4% of the US population lives in poverty. That’s over 43 million people. 15 million of them are children and 1 in 7 senior citizens are struggling in poverty. And an estimated 43.5% of the total U.S. population (140 million) are in low-income ranges. Additionally, at least 750,000 Americans are homeless on our streets every night. So, stock market gains have little or no meaning for these people.

Responsible American leadership needs to do less bragging about stock market growth and try to find solutions to address the millions of Americans for whom the stock market means nothing.

The rich may be getting richer but poverty is impacting far too many citizens in our country in terms of creating health problems, increased crime, despair and mental illness, lessened economic productivity, substance abuse, and undereducation.

Joseph Batory is the author of three books and numerous published articles on politics, education and history.